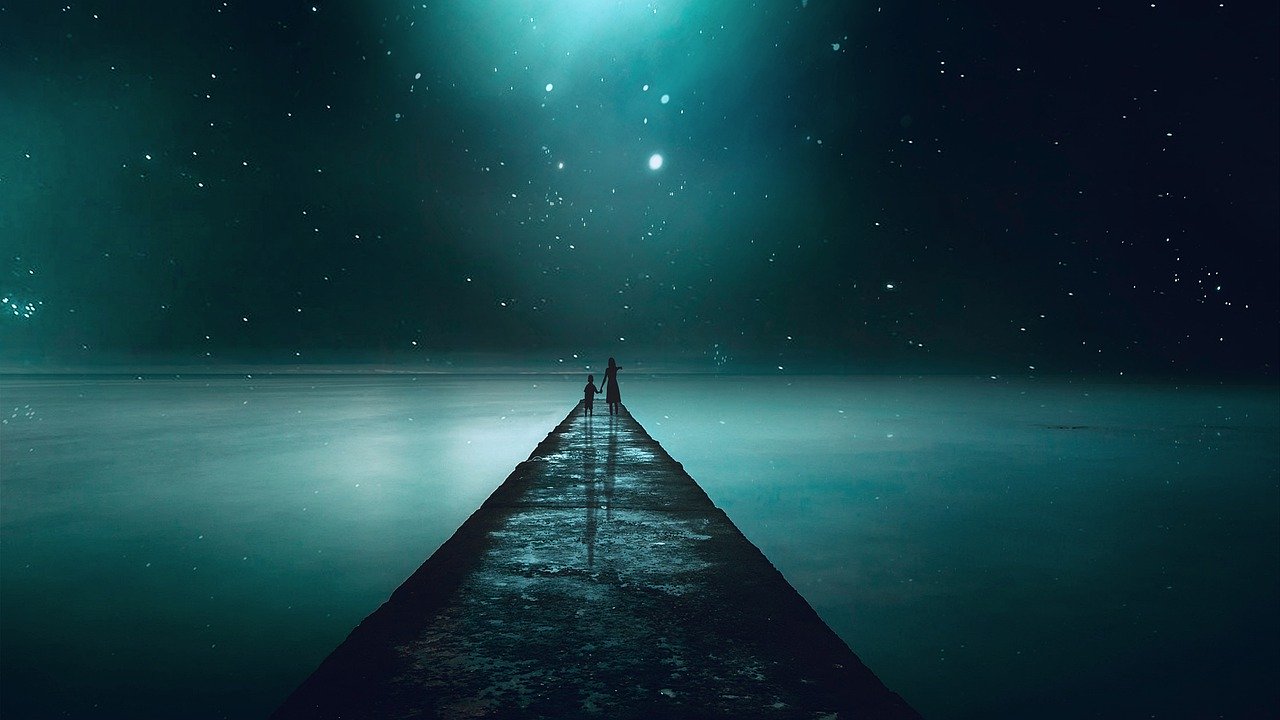 The objective of this site is to inform the populations about the current state of health on a global scale.

"To travel is to be born and die every moment."- Les Misérables, Victor Hugo, 1862

Suddenly Courfeyrac saw someone at the bottom of the barricade, outside, in the street, under the bullets. Gavroche had taken a basket of bottles from the tavern, had gone out through the cut, and was peacefully occupied in emptying into his basket the gallows full of cartridges of the National Guards killed on the embankment of the redoubt.

- What are you doing here ? said Courfezrac.

- Citizen, I fill my basket.

- Can't you see the grapeshot?

And with a leap, he plunged into the street. (...) About twenty dead were lying here and there all along the street on the pavement. About twenty gibernas for Gavroche. A supply of cartridges for the barricade.

The smoke was in the street like a fog. Anyone who has seen a cloud fallen in a mountain gorge between two sheer escarpments, can imagine this smoke constricted and thickened by two dark lines of tall houses. It rose slowly and was constantly renewed; hence a gradual darkening which turned pale even in broad daylight. The combatants hardly noticed each other from one end of the street, though very short, to the other.

This obscuration, probably willed and calculated by the chiefs who were to lead the assault on the barricade, was useful to Gavroche.

Under the folds of this veil of smoke, and thanks to its smallness, he was able to go far enough into the street without being seen. He robbed the first seven or eight cartons without much danger.


He crawled on his stomach, galloped on all fours, took his basket with his teeth, twisted, slipped, undulated, snaked from one dead to another, and emptied the game or the cartridge pouch like a monkey opens a walnut.

From the barricade, to which he was still quite near, no one dared cry out to him to come back, for fear of drawing attention to him.

On a corpse, which was a corporal, he found a powder pear.

"For thirst," he said, putting it in his pocket.

By dint of going forward, he reached the point where the fog of the shooting became transparent. So much so that the skirmishers of the line, lined up and on the lookout behind their cobblestones, and the skirmishers of the suburbs massed at the corner of the street, suddenly saw something stirring in the smoke.

As Gavroche was removing his cartridges from a sergeant lying near a post, a bullet struck the corpse.

- Damn! said Gavroche. Here they are killing my dead.

A second bullet caused the pavement beside him to sparkle. A third overturned her basket. Gavroche looked, and saw that it came from the suburbs.

He straightened up, standing, his hair blowing in the wind, his hands on his hips, his eyes fixed on the National Guards who were firing, and he sang:

We are ugly in Nanterre,

And stupid in Palaiseau,

Then he picked up his basket, put back in it, without losing a single one, the cartridges which had fallen from it, and, advancing towards the firing, went to strip another cartridge. There a fourth bullet missed him again. Gavroche sang:

I am not a notary,

I am a little bird,

A fifth bullet only succeeds in extracting a third verse from him:

Joy is my character,

Misery is my trousseau,

The spectacle was appalling and charming. Gavroche shot, teased the shooting. He seemed to be having a lot of fun. It was the sparrow pecking at the hunters. He responded to each discharge with a verse. We kept aiming at him, we always missed him. The National Guards and the soldiers laughed as they adjusted it. He lay down, then straightened up, disappeared into a corner of a door, then leaped, disappeared, reappeared, ran away, came back, responded to the grape-shot by nose-kicking, and yet plundered the cartridges, emptied the cartridges and refilled his basket. The insurgents, panting with anxiety, followed him with their eyes. The barricade was shaking; he was singing. It wasn't a child, it wasn't a man; he was a strange fairy kid. He looked like the invulnerable dwarf in the fray. The bullets were chasing him, he was nimbler than they were. He was playing some frightening game of hide and seek with death; every time the shadowy face of the specter approached, the kid would flick it. A bullet, however, better adjusted or more treacherous than the others, ends up hitting the wisp child. We saw Gavroche stagger, then he collapsed. The whole barricade uttered a cry; but there was Antée in this pygmy; for the kid to touch the pavement, it is as for the giant to touch the ground; Gavroche had fallen only to get up; he remained seated in his seat, a long trickle of blood streaked his face, he raised both his arms in the air, looked in the direction from which the blow had come, and began to sing: I fell on the ground, It's Voltaire's fault, The nose in the stream, It's the fault of ... He did not finish. A second bullet from the same shooter stopped him short. This time he fell down with his face against the pavement, and did not move any more. This little great soul had just flown away. - Les Misérables, Victor Hugo, 1862

The Global Health Issues over the next decade.

There are a list of urgent, global health challenges over the next decade.
Health is of course an investment for the future by keeping populations in healthy conditions.
The climate crisis is a big concern for the future of population. According to WWO (World Health Organisation), "Air pollution kills an estimated 7 million people every year"...
Conflicts are events that have a serious impact on health by their destructive nature.
Inequality is a consequence, among other things, of income disparities between countries and even within the countries themselves.
Access to medicines is linked to inequalities, but not only. The question of information to the public and access to medical practices is launched here.
Infectious diseases result, among other things, from the weakness of collective hygiene systems and infrastructures but also from other cutural and behavioral factors...
Epidemics Epidemics, we see it clearly through the impact of COVID-19 on our structures and on the health of individuals represent a serious threat; if you link this to the mutagenic nature of certain viruses, you will better understand the seriousness of such threats ...
Harmful Products are the fruit of our industrialized and productivist economies and they sometimes escape public health conditions.
Health workers ​must be protected in their workplace from possible dangers to their health.
Adolescent Health is a matter of concern linked to their living conditions and the environment in which they operate. Let us note in passing the dangers of drug use.
Public Trust is essential to comfort the populations and to offer them the best health services. 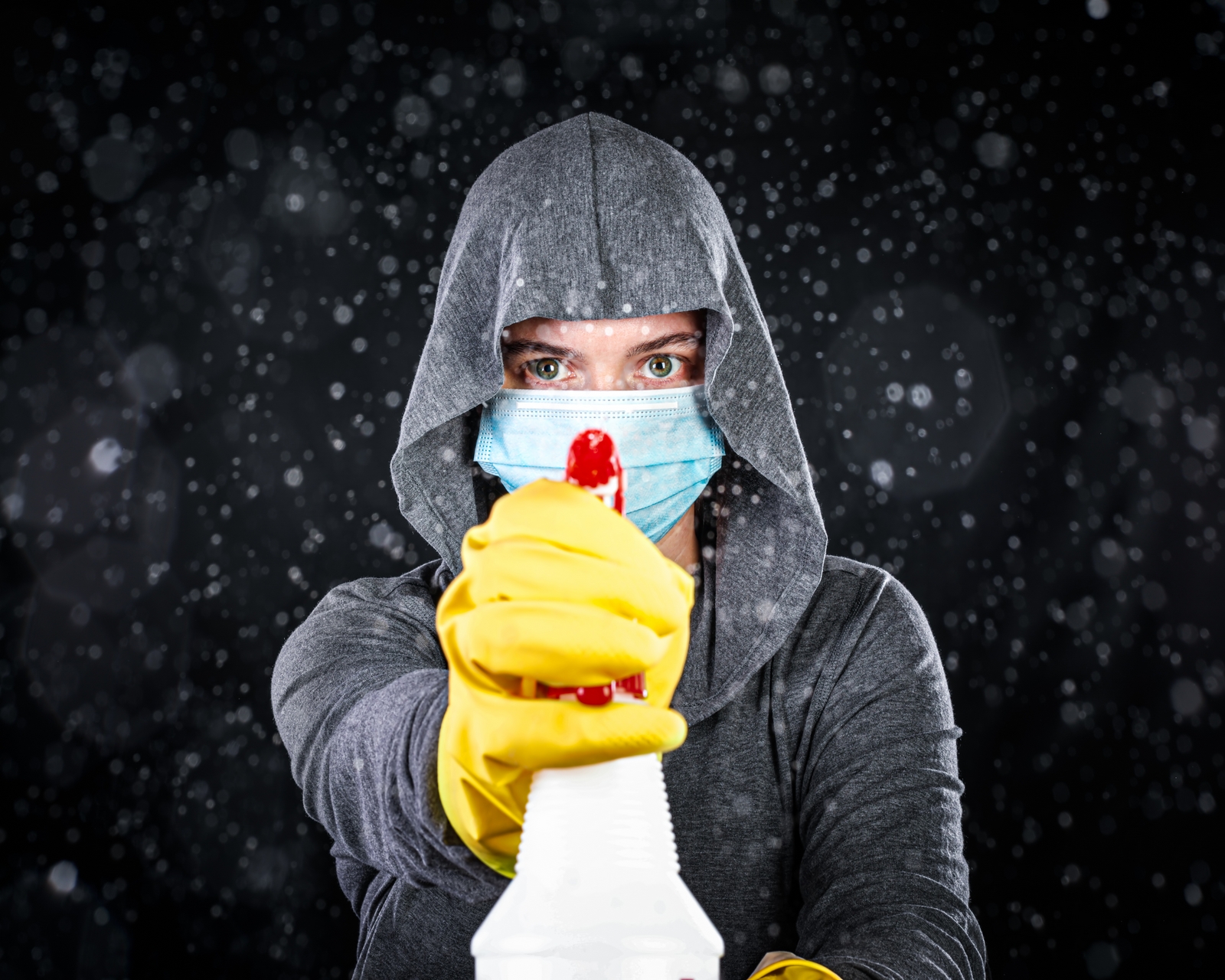 Work for your health and that of future generations!


Eliminate poverty
There is a need to eradicate poverty in all its forms at the international level.
Eliminate hunger
There is a need to end hunger and ensure food security, improve nutrition and promote sustainable agriculture.
Promote healthy lifestyle and well-being
Everyone must live in good health and have access to well-being at any age.
Promote education for all
It is necessary to ensure a correct and quality education for all by aiming for equality and it is also necessary to promote the possibilities of lifelong learning.
Favor gender equality
Gender equality and empowerment of all women and girls should be achieved.
Improve access to water and its sanitation
We must guarantee access to water for all and work on its sanitation and ensure sustainable management of water resources at the global level.
Guarantee access to energy services
We must guarantee universal access to reliable, sustainable and modern energy services while ensuring an affordable cost.
Support substainable economy
We must promote sustained, inclusive and sustainable economic growth, full and productive employment and decent work for all.
Promote substainable industrialisation
We must build a resilient infrastructure and promote sustainable industrialization that benefits everyone, but also support innovation efforts.
Reduce inter-countries inequalities
We must reduce inequalities from one country to another
Improve Settlements
Cities and human settlements must be made inclusive, safe, resilient and sustainable.
Combat climate change
Urgent action is needed to combat climate change and its severe impact on life on this planet.
Protect oceans, seas and marine resources
The oceans, seas and marine resources must be conserved and used in a sustainable manner for sustainable development.
Preserve and restore terrestrial ecosystems
It is necessary to preserve and restore terrestrial ecosystems by ensuring that they are used in a sustainable manner, sustainably manage forests, fight against desertification, halt and reverse the process of land degradation and put an end to the loss of biodiversity.
Promote the emergence of peaceful and inclusive societies
We must promote the emergence of peaceful and inclusive societies for the purposes of sustainable development, ensure access to all to justice and put in place, at all levels, effective, accountable and inclusive institutions.
Global Partnership
We need to strengthen the means to implement and revitalize the Global Partnership for Sustainable Development